You currently have no saved items
Back
Traditions
June 17, 2019 Administrator No Comments

The Mood-Boosting Benefits of a Good Workout

Exercise. The word evokes mixed emotions in many of us. More often than not, the thought of working out after a long day at the office is less than appealing. However, if you knew the positive aspects other than it’s “good for you,” would you feel differently?

Did you know that our fine jewelry is designed to be worn day in and day out? From yoga to weightlifting, let our meaningful charms and performance metals guide you through your workout. Sterling silver is related to the moon and all of her qualities, and gold is related to the sun and all of her qualities. Yin and Yang. The best part? We’ve done our research and uncovered four major perks of exercise that benefit both the mind AND body all while wearing our pieces. It’s time to sweat!

Intense exercise increases neurotransmitter levels, which help the brain cells that regulate physical and emotional health communicate (depression results from deficiencies in that communication), according to a study. Turns out your favorite Zumba class can do wonders for maintaining your happiness on a downright cellular level. 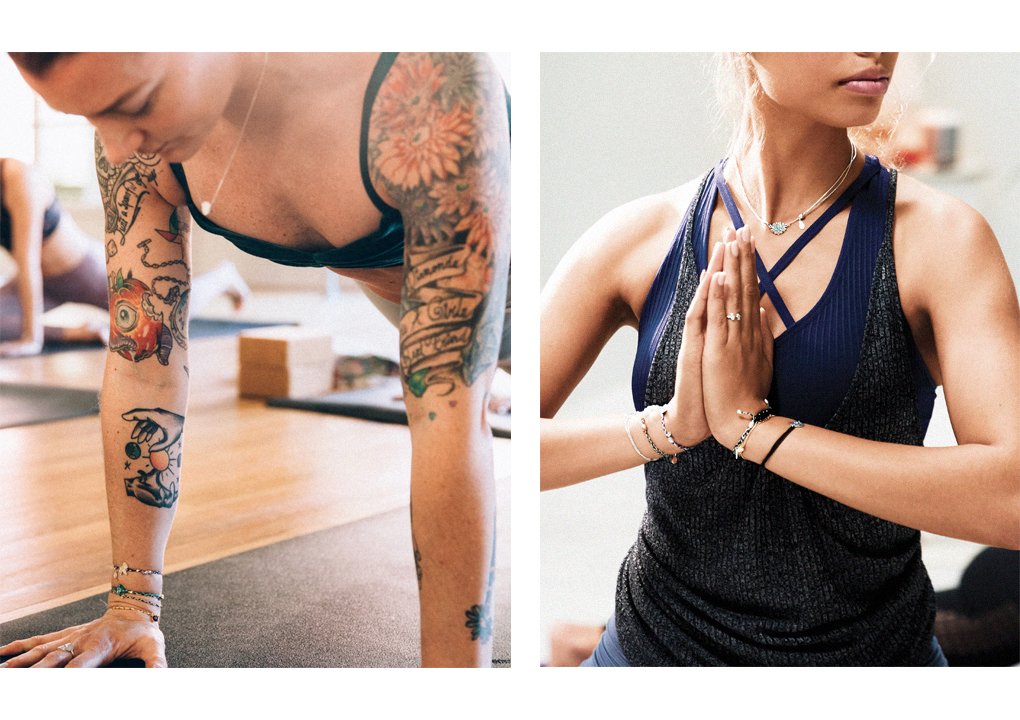 It helps you sleep better.

Vigorous exercisers are almost twice as likely as non-exercisers to report “I had a good night’s sleep” every night, according to the National Sleep Foundation. They’re also the least likely to report sleep problems. More than two-thirds of vigorous exercisers say they rarely had insomnia symptoms such as difficulty falling asleep and staying asleep.

It boosts your memory.

Some background: A part of your brain called the hippocampus is involved in verbal memory and is very sensitive to aging damage. But a study showed that aerobic exercise like brisk walking two hours a week seemed to slow the shrinkage of the hippocampus and maintain its volume in elderly women with self-reported mild memory issues. Simple lifestyle tweaks like parking at the back of the parking lot or getting off your bus one stop early can help you reap memory benefits.

It helps you quit bad habits – for good.

Exercise can reduce anxiety sensitivity and depressive symptoms, doubling the chances of quitting smoking. In a study conducted at The University of Texas at Austin, participants who exercised for 25 minutes (with 77 to 88 percent of maximum heart rate) three times a week were more than twice as likely to break the habit after six months as those who didn’t exercise.

How do you sweat it out? Let us know in the comments below and follow us on Instagram for more!

Charming Facts: 5 Things To Know About ALEX AND ANI

Behind The Campaign: Meet Our #IntentionSetters | Fall 2019

Why You Need More Greens In Your Life

Keep It Clean: How to Care For Your Jewelry At Home

How ALEX AND ANI is Designed to Connect You